A gala , according to vocabulary.com


is a big party. If you're going to a gala, you'll want to wear your fanciest ball gown — you'll want to look great for the best party of the year. A gala often features entertainment and dinner, and sometimes dancing and an auction. It's like a prom — but for adults.


A Gala Dinner requires at least a starter, a soup, some sorbet to clean your palate before entrée, a pudding, demitasse and some after dinner mints or equivalent.

There are wild galas. Some of them are charity events to protect wild life of all sorts, some of them were held to celebrate Jack London, the author of the Call of the wild and many more great books, some galas are simply just wild. And for adults only. Many people keep the menus from those gala dinners they attended. Easier than keeping clear memories after seven courses accompanied by "pairing" wines.Everyone at some point thinks about putting together his or her favourite recipes. Not only mothers-in-law dreaming about the wives of their sons bringing the sweet childhood memories to the table. A sure way to be at the table at least in spirit, even if they don't think much about inviting you in person. Some even publish them.

But nothing compares to Gala's dinners. Or to be precise,  Les Dîners de Gala by Salvador Dalí.
It  is definitely a book for adults. Most of the chapters are about aphrodisiacs. It is surreal. But it is not enough to be Dali to create a masterpiece like that. You need Gala to dine with.

“One can choose not to eat; one cannot accept to eat poorly,” said Salvador Dalí


Gala was a Russian born wife first of Paul Éluard and later of Salvador Dalí. She inspired many authors and writers, her dinners were most famous. They were not about healthy eating, far from it. The dinners were more of performance rather than cooking. Like the whole life created and managed by Gala for her Dali. This book is not a cult of dinner. It is a cult of Gala.
Enjoy watching. But don't try it at home. 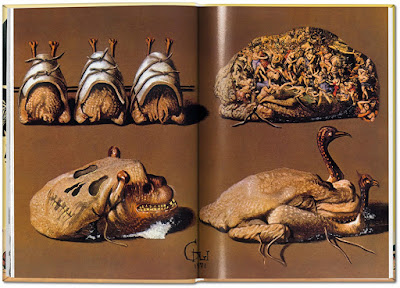 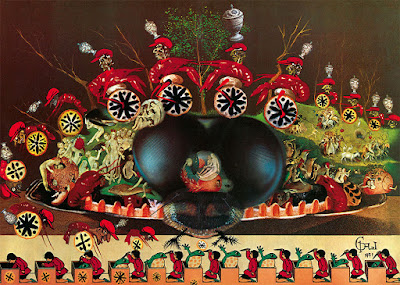 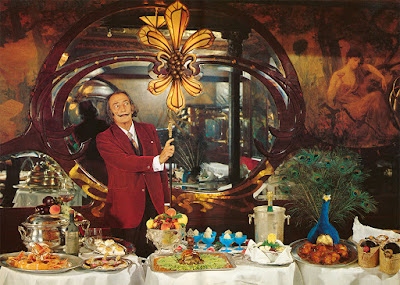