And more about Oktoberfest and other drink-related differences 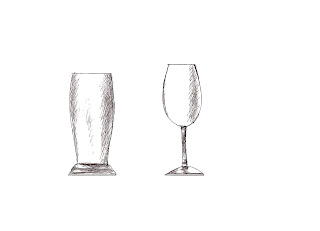 Are you in or are you out?
by Tanya Kosh
Inclusivity and exclusivity of table manners.
A light-hearted journey into a rather serious matter.

Excerpt from Chapter One.


According to Euromonitor International data, reported by Telegraph.co.uk, Germany consumes an estimated 110 litres of beer per person totalling nearly 9bn litres per year in total. UK – only half of the total amount, 4.3bn litres, which translates into 67 litres per capita. Maybe beer with the head really knows better when it comes to sales?


Differences in how you serve alcohol are not limited to beer only. The British “large glass” of wine doesn’t exist in Austria. Serve it and you would be considered a low class alcoholic. You can order a “viertel” (quarter, the same 250 ml) but it will be served in the jug and the waiter will pour only something like 125 or even less in your glass.